This holiday season, fans of all ages are anticipating the 9th generation of Pokèmon. It takes place in the Paldea region, which takes inspiration from Spain. With the franchise playing around with gameplay formats, stylistic choices, and more in recent years, what kind of upgraded features can fans look forward to being incorporated into Pokèmon Scarlet and Violet? Spoilers ahead.

Gamefreak has been toying around with the idea of an “open world” game since the Wild Area was introduced in Pokèmon Sword and Shield back in 2019. The Wild Area was an expansive landscape where players could venture off freely to interact with Pokèmon, whose sprites were displayed in the overworld, a feature fans begged the franchise to permanently implement since it was introduced in Pokèmon Heartgold and Soulsilver in 2009. Additionally, in this part of the map, players could engage in side quests separate from the storyline, at their own pace. Now, with Scarlet and Violet, Pokèmon trainers can enjoy all of these elements throughout the entire game.

Players can also be thrilled about Scarlet and Violet’s multiplayer capabilities. The introduction of the Poké Portal serves as another one of Pokémon’s mediums by which people, both worldwide and locally, can access online play. Within the Poké Portal is the Union Circle. According to The Pokémon Company’s website, this feature allows “you and up to three friends [to] adventure together in the same space.” Pokémon continues to alter the trading mechanics by introducing Surprise Trade, where players can choose the Pokémon to trade, but receive it from a random trainer, in conjunction with Link Trade, where players choose who they want to trade with. The Battle Stadium also encourages players to compete against each other through the internet.

HMs and TMs have been a popular topic of discourse amongst fans over the years. Recently, the company announced the TM Machine (which stands for Technical Machine Machine), which allows trainers to use their “League Points (LP)” to create devices that teach Pokémon new moves. TMs were often berated for the fact they break after one use. Hence, Pokémon advertises the TM Machine as handy when you have “enough LP” as well as “the right materials” to “make as many [TMs] as you like.”

While Pokémon keeps the traditional format of challenging Gyms, they tack on an extra element this generation: Gym Tests. In order to battle against the Gym Leader, players must be able to answer a short set of questions. This is reminiscent of the feature implemented into Sword and Shield, in which players had to complete miniature trials before being able to face the Gym Leader in battle.

These are merely a few of the features Scarlet and Violet have to offer. Pokémon has teased brand new battle items, upgrades to the Rotom Phone—a device possessed by the Electric type Pokémon Rotom to help and provide information to trainers about the map or tasks, introduced in Pokémon Sun and Moon—and many more.

The Legendary Pokèmon representing Paldea are called Koraidon and Miraidon. This duo can carry trainers across the region thanks to their several forms. One example is Sprinting Mode Koraidon and Drive Mode Miraidon, which are alterations of the legendaries that accelerate their speed. Essentially, they turn into vehicles to swiftly transport trainers around. 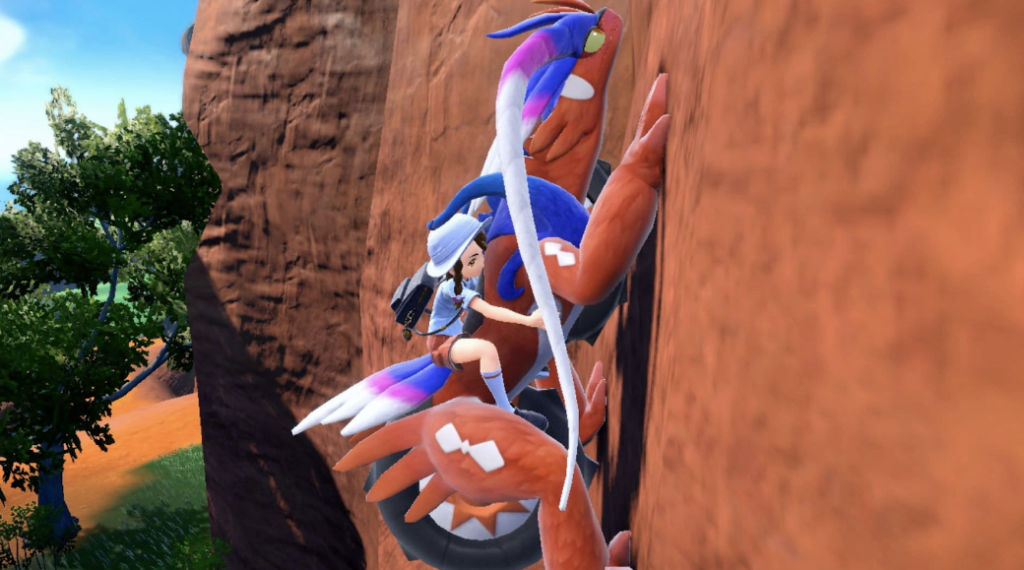 Thus far, only a handful of Pokèmon have been revealed. As usual, the player will start their adventure by being presented with the choice to choose between three starter Pokèmon: the Grass type, Sprigatito, the Fire type, Fuecoco, and the Water type, Quaxly. Some other native Paldean Pokèmon to be encountered include, but aren’t limited to, Lechonk, Cetitan, Cyclizar, Fidough and Smoliv. Wiglett—revealed through a trailer a few weeks ago—went viral amongst fans, not only for its silly appearance, but its uncanny resemblance to Diglett, a member of the original 151 Pokémon. The Pokémon Company pokes fun at this through their official Pokèdex entry for the creature, so it’s obvious that Wiglett (if the name wasn’t a hint already) was designed with such a gimmick in mind.

In generation 7, regional forms became a new standard. Pokèmon from previous regions changed their physical appearance, and sometimes even their type(s), in order to adapt and survive in a foreign environment. However, the sole Paldean Regional Form unveiled is Paldean Wooper, leaving fans to speculate what other Pokèmon may have grown accustomed to a new habitat.

There are always a few notable figures players will encounter numerous times throughout their journey: from the region champion to the villain leader. In Paldea, expect to meet Geeta, who is famous for being the Pokèmon League chairwoman. Team Star is the enemy organization that will, as per usual, attempt to rule over the region. Their boss is known as Mela. A couple of Gym Leaders have also been revealed: such as Iono, an Electric type specialist, and Brassius, who uses Grass types. In the Scarlet version, the Pokèmon Professor will be Sada, while in Violet, it will be Turo. Not much is described about their personalities, besides their fascination with researching the Paldean region’s mysteries. This trait—a fixation on studying a particular region and its phenomena—is seen in every Pokémon Professor thus far. So, fans haven’t learned anything special about these characters just yet.

In the main series games, there is traditionally a Pokémon School in which trainers can absorb tips and tricks for battling. However, the educational institution this time holds more significance: Naranja, for those who choose Scarlet, and Uva, for those who choose Violet, will be the place they receive instructions to go on the Treasure Hunt. It is meant to be an independent study every student must embark on and complete. All that’s known about this “Treasure Hunt” is that it’s introduced by Director Clavell, the head of the academy, and that it’s going to lead the protagonist on a grand adventure across Paldea. Although not explicitly referenced by Pokémon, Uva means grape while Naranja means orange in Spanish. This seems to be a fun hint toward the game’s color scheme. The academy is also an inclusive place for people of all ages and backgrounds. Meaning, a lot of side characters—from teachers to classmates—will be met here to guide the trainer as their journey commences. 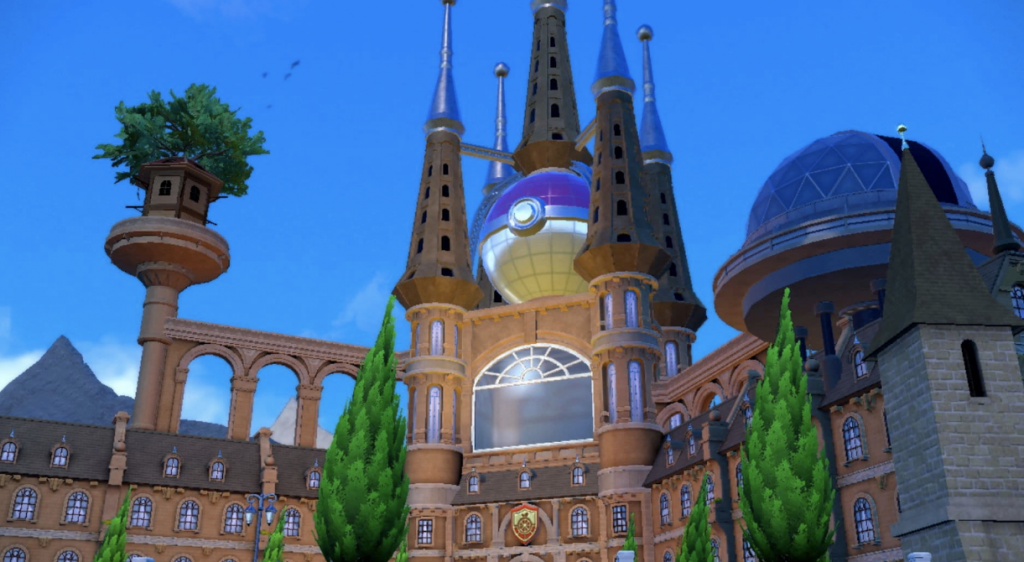 Beyond evolution, Pokèmon have been able to utilize different forms of “power ups” to enhance not only their stats, but also their appearance and the flashiness of their moves. In Paldea, trainers will be able to “Terastallize” their Pokèmon, making them transform into glittery, shiny versions of themselves. However, trainers won’t know their Pokèmon’s Tera Type until after Terastallizing. A Tera Type is the randomized type a Pokémon gains in their “Terastallized,” upgraded state. Furthermore, similar to Mega Stones or Z Rings from previous games, players need to retrieve a special item—the Tera Orb, in this case—before being able to utilize the phenomenon. In battle, this spontaneously changes their type as well. There is also the Tera Blast, a move that can be taught via TMs. It is a normal type attack that will adapt to the Pokèmon’s Tera Type.

Every generation, Pokèmon introduces new recreational aspects to the game. This time around, players can customize their trainer profiles beyond hair color changes or fashion choices. Their avatars can take selfies with their partner Pokèmon, and miniscule details such as eyebrows can be fine-tuned. The protagonist can even enjoy picnics besides their beloved Pokèmon and make sandwiches together. When crafted with the right ingredients, HP can be restored amongst other beneficial elements, which have yet to be disclosed by the company. At the picnic sites, trainers get the chance to interact with their Pokèmon in a variety of ways, from petting them to cleaning them.

With all of these enhancements to the game mechanics, Pokèmon Scarlet and Violet gear up to be a monumental installation for the franchise.

Pokèmon Scarlet and Violet will be released on November 18th for the Nintendo Switch. For more information, visit the official Pokèmon website.