Imagine Dragons, a brand new band to the music scene, hail from Las Vegas made a name for themselves with the release of their first Extended Play (EP), “Continued Silence.” Their single It’s Time came stomping and clapping into the top of Billboards charts, selling 500,000 records, and was nominated for Best Rock Video by the MTV Music Video Awards.

The band had an interesting sound from the beginning, songs with a deep booming sound such as Radioactive and light, bubbly songs like On Top Of The World. Most songs from their “Continued Silence EP” were brought onto their debut album, “Night Visions” released on September 4th.

The album changes from song to song, which keeps the listener interested. But do not fear, just because the songs sound different, that does not mean only a few songs fit the right sound. Each song is as good as the last, from the throbbing synth sounds of Tiptoe, to the shouted chorus of Amsterdam.

Imagine Dragons are one of the rising stars of Alternative Rock, so all the hipsters out there, jump on this train early so that years from now, after their fifth hit album, you can tell everyone about how you loved them when their first album came out. 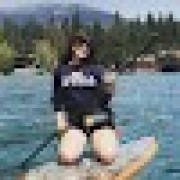